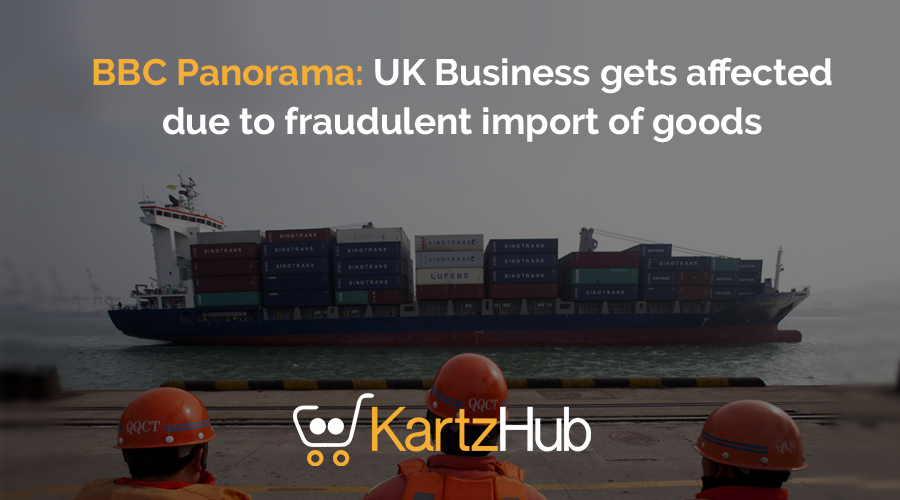 BBC Panorama: UK Business gets affected due to fraudulent import of goods

During this procedure of importing goods from China, the team didn’t pay a penny for VAT at the border. On the other hand, eBay and Amazon claim that they do not consider the goods that are purchased without VAT and they too are against such malicious practices. These ecommerce companies are said to be working closely with HMRC to prevent such wrong practices.

Due to these fraudulent sellers, the firms that are following the rules and regulations go out of business as they are unable to provide such competitive price to the buyers.

There is a protocol that the importers while bringing goods into the UK should pay the VAT and add the cost to the product when they are selling it to the customers. But as per the recent analysis, it shows that traders don’t charge VAT to the customers.

Panorama set up a British company and imported mobile phone cases and Bluetooth speakers from China and sold it on Amazon and eBay.  The company was exempted from a tax of £500 and the tax authorities did not seem to have taken any action on it. This, as a whole, profited Amazon as well as eBay for selling such illegal goods.

Amazon says that they do not follow such fraudulent practices in their marketplace and they have set up a number of methods for checking the legality of merchants or traders account on their website. But Panorama claims that 60% Chinese sellers that are listed on Amazon in Europe don’t have a valid VAT number.